How to Get Rid of Moles, 7 Proven Remedies! 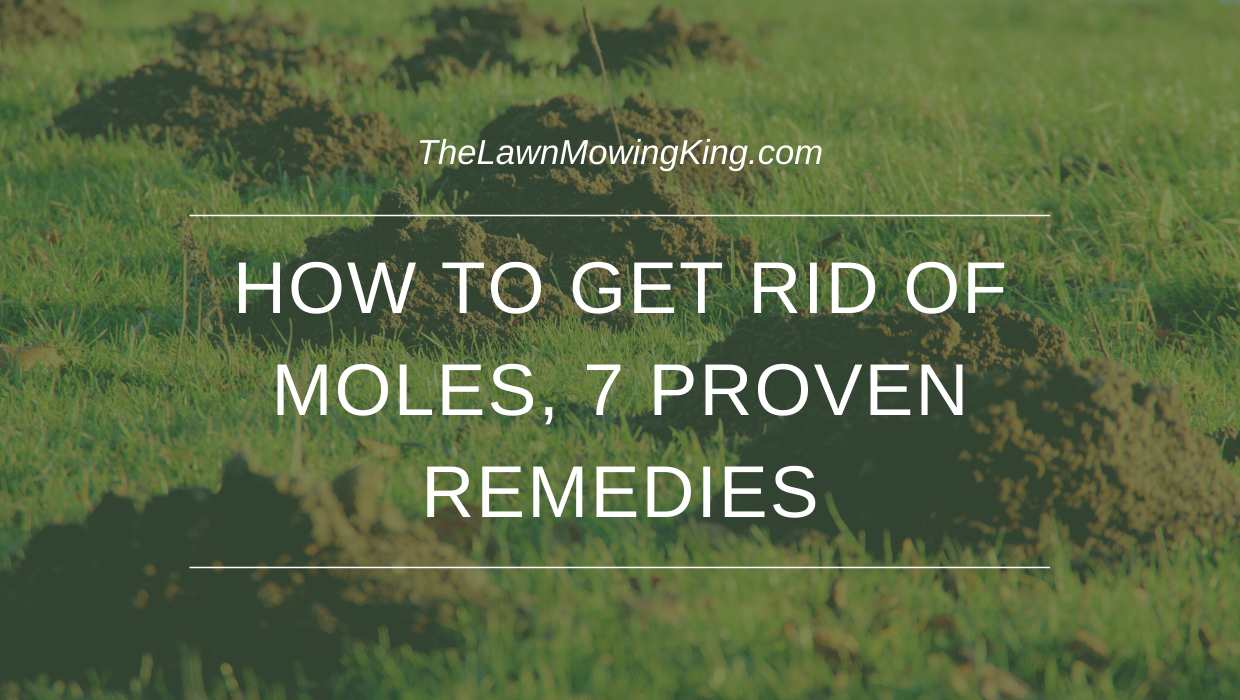 In this post, we share how to get rid of moles, with not just one, but SEVEN proven (and safe) techniques!

More than just a nuisance, moles have the ability to single-handedly destroy your lawn. There is nothing homeowners dread more than finding their yard covered in small volcanoes and trails of raised soil as a result of an overnight mole invasion.

These pesky little creatures can dig 18 feet of tunnel in just an hour or 75 feet a day and make a mess of your garden in just a short period of time. Now, imagine a whole family of moles. They can wreak havoc on your yard in a flash.

Besides ruining the impeccable sight of your lawn or garden you’ve worked so hard for, the moles can do more serious damage than just the aesthetics.

Although moles are insectivores and do not feed on plants, their tunnels can have a devastating effect on your herbs.

They can kill the roots of grass and destroy vegetable seedlings. Also, if you are a farmer, these soft and often unstable tunnels can endanger livestock and make mower or tractor driving along the field difficult.

Truth be told, there are some positive sides to moles infestation.

Their tunnels aerate the soil and they feed on many garden pests, such as snails, Japanese beetle, chafers, and millipedes. Besides, having moles means you have rich and nourishing soil. This may not make you too proud, but still nice to know.

Unlike some other animals, moles do not hibernate, which means that they are in constant search for food, so the digging never stops.

Once your property is infested with these animals, you need to try to get rid of them as soon as possible. This is a lot harder than just playing Whack-A-Mole and it’s no easy task by any means.

How to Get Rid of Moles, 7 Things That Actually Work!

There is no definitive and simple answer on how to get rid of moles but there are several approaches you can try.

Probably the most surefire way to get rid of the moles is to literally remove them from the property. Dead or alive. But, to do that, you need to catch them first. The easiest and most tested way to do this is by setting mole traps.

There are specialized mole traps available for purchase, but you can make do with the stuff already around the house.

You can use garbage cans or an old mice trap. Make sure to wash them while wearing gloves to remove any deterring smells. Use peanut butter or something similar for bait and arm yourself with patience.

Setting live traps that don’t kill moles is the more human way of dealing with these animals. But, this option leaves you with the problem of relocating them afterward. In some states using kill traps is illegal.

While it requires some more work setting the barrier is useful because, besides moles, it will also keep other animals, such as gophers and groundhogs, away from your lawn.

One way to set the barrier to perform as a fence for digging animals is by burying wire mesh into your soil to a depth of around 35 inches.

Also, you can build a natural barrier. You can densely seed plants that will serve as a deterrent for moles throughout the yard. The best plants for this purpose are marigolds, daffodils, alliums, and fritillaries. Besides creating a natural fence, these plans also act as a repellent.

Another way to stop the moles from reaching your lawn or garden, which includes a bit more work is to create a gravel trench around the perimeter. Dig a couple of feet trend and fill it with the gravel. This will make for an obstacle little diggers can’t get through.

Moles are very sensitive and uncomfortable with noise and vibration. Try placing sources of noise around the garden or near the ground to deter them. You can use radio, waterproof speakers, wind-chimes, or “singing” birthday cards for example.

In some online stores, you can order devices or solar-powered spikes that send vibrations or ultrasonic sounds thought the ground. they are convenient because they produce sounds and vibrations humans can’t feel.

The cheapest option is using bottles with their lids removed, placed diagonally in the ground. As the wind blows across the tops of the bottles, they will create vibrations that will bother the moles.

Having a cat or a dog around the garden can also help scare away the moles. Particularly the cats, who are natural hunters and predators, and their smell itself will deter the pests.

The presence of wildlife predators also helps. Building nest boxes in the surrounding trees can attract many of the moles’ natural enemies, such as owls or hawks. If you level further away from the urban centers, foxes neighboring areas will feast on all of the small mammals.

Unlike most of us, moles do not enjoy coffee. Placing coffee grounds in their tunnels will send them running. Be careful and try no to miss any entrance or exit. Otherwise, they will find their way around it.

Most of us have some of the Tabasco Sauce around the kitchen. What you probably didn’t know is that it can be very effective against moles. the best way to use it is to mix with water, castor oil, and a couple of drops of peppermint oil.

Soak some cotton balls into this mixture and place them in the mole-dug holes in your yard. Most likely, it will send them running.

Placing mothballs at the tunnel entrances will create a strong smell that will bother the roles. You can wrap the balls in plastic to make the smell last longer.

This can be an effective curse of action if your garden or lawn is not heavily infested with these animals. Be careful, though, mothballs contain chemicals Naphthalene and Paradichlorobenzene that can be harmful to your health.

If none of these methods works for you you can go with store-bought insecticides or granular and liquid repellents.

Be aware that some of these products can harm the plants and other useful life forms in your garden.

TheLawnMowingKing.com brings my 25 years experience as a professional gardener and landscaper to you!

How’s it goin!  My name is Daniel & I AM The Lawn Mowing King! 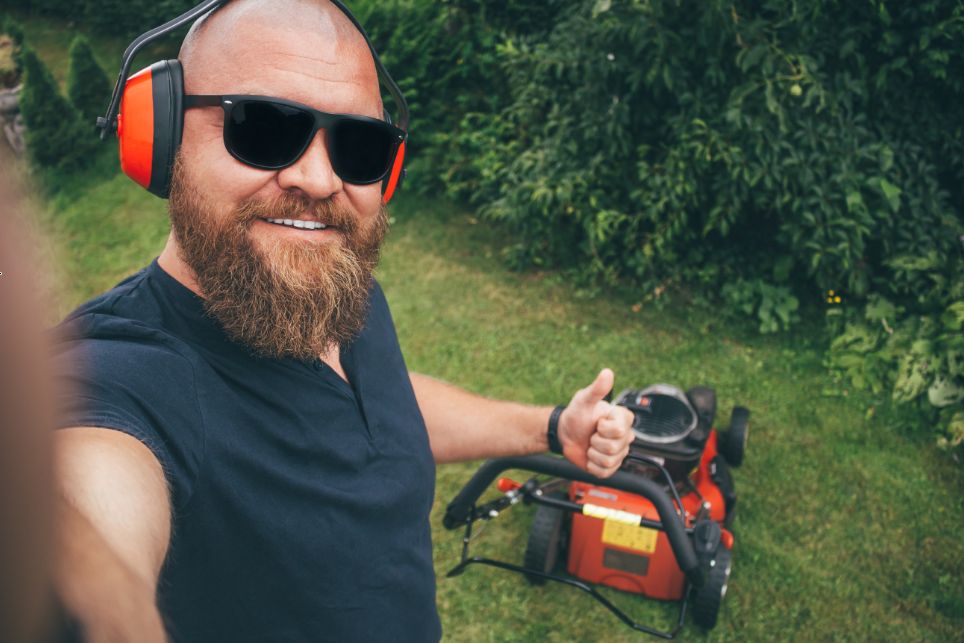 TheLawnMowingKing.com brings my 25 years experience as a professional gardener and landscaper to you!

Check out my Lawn Mower Reviews & Recommendation, and be sure to stop by my blog for some AMAZING ‘next-level’ lawn & garden tips!

TheLawnMowingKing is a participant in the Amazon Services LLC Associates Program, an affiliate advertising program designed to provide a means for sites to earn advertising fees by advertising and linking to amazon.com